A place for current or ex-Can Am owners to natter..
Post Reply
11 posts

I've recently installed indicators on my CanAm. The problem I've got is that I have two left panniers. So the one mounted on the right conflicts with the indicator when opening backwards. As a result, I could do with swapping it for a proper right-hand side one. Just wondering if anyone has a spare right side pannier or can keep an eye out for some for sale at autojumbles, shows etc. Happy to buy another set/jobs lot if needs be. Plan B is to mod the hinge, but I'd rather try and hut down another one before taking a power drill to it. 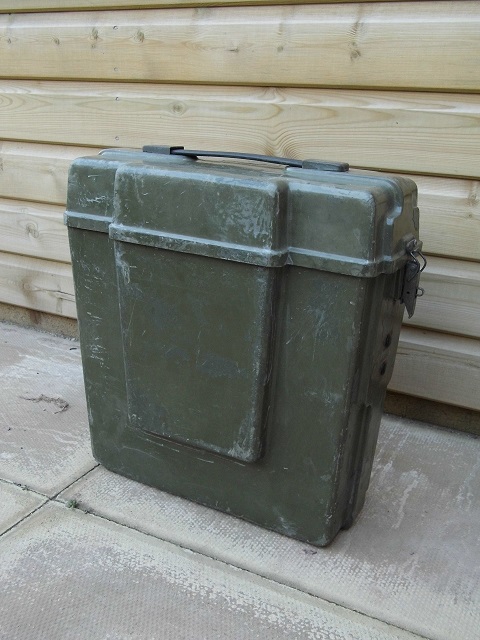 hi these panniers are called [ packers ] they are not sided they have clips on both ends so you can lift the lids completely off, so someone has modified yours to only one clip they dont have hinges fitted as standard, hope this helps, keith.
0 x
Armstrong mt500e 1985 white
Harley Davidson mt350 1996 green
Honda Deauville 650 2001 white
Armstrong mtcb500 twin 1985 green
Armstrong mt500 1985 green
Honda Goldwing 1500 1990 blue
Harley Davidson mt350 1995 green
Top

Thanks for the info. I take it 250rider is on the forum here (will search him in a bit).

Keith - I thought the civi ones had the two catches whereas the military ones have hinges fitted??? I may be wrong but just what I think I've seen. But will have to check pics to see. If that's the case though, I could just mod mine with extra clips to work.

Just to confirm, I found this pic showing the hinges. However they've got them facing backwards here, so not sure if the lids would have been easy to open in this instance. 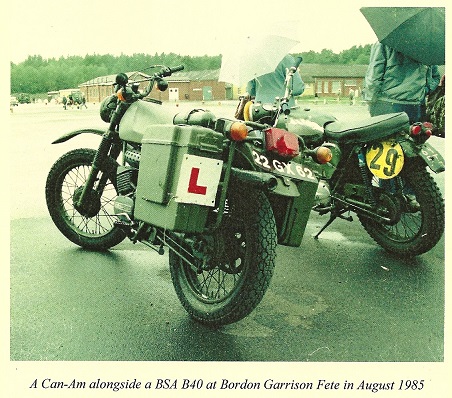 I have a white set that were on the Sheffield parks Armstrongs, they have two catches.
Last edited by lardmarc on Mon Feb 26, 2018 1:12 am, edited 1 time in total.
0 x
â€śHuman beings, who are almost unique in having the ability to learn from the experience of others, are also remarkable for their apparent disinclination to do so.â€ť (Adams, 2009).
Top

Seems like a mix of those clips and hinges

Indeed, the ones with two clips are generally seen in white finish. We have seen them painted green to represent a Military specification but to the best of our knowledge they were never supplied to the UK Armed Forces in that form.

The Military ones are built with a hinge and a (different) clip and are moulded in green plastic that fades somehwat with age. As Jack notes, the hinges are intended to be facing the front of the machine with the clip at the rear. As I've indicated to him privately, we've had instances of pannier lids held on with those Cheney type clips front and rear 'disappearing' down the road without us knowing until arriving at a camp site with wet gear!

The panniers of course were the 'early' fit and were then replaced with bag frames and canvas bags. The bags are taller than those subsequently fitted to MT500's. MT500 ones do fit but look a little lost in the frames (they are not as tall).

BTR Packers in Gloucester made the white ones and the Military green ones.

The later Belgian/Canadian panniers are glass fibre and are much more easily repairable. They are a little more voluminous and, with their slightly different mounting bracket, sit slightly higher on the bike which, to us, makes it 'sit' better overall.

I think you will find the military panniers are "handed" by virtue of the lids which hinge forward whereas the HDR packers had a lift off lid with two clips so it could be fitted either way
They are like hens teeth, so happy hunting
0 x
Top
Post Reply
11 posts

Users browsing this forum: No registered users and 2 guests